As an industry, crowdfunding raised a total of $5.1 billion just in 2013. In 2014 that number jumped to 16 billion and that number is projected to increase exponentially over the next few years. How do you capitalize on these mind-blowing numbers? Read on to learn 5 secrets that the top campaigns use to draw in backers.

Crowdfunding is the future of product validation

Let’s face it, crowdfunding allows products to be validated by the public before production. Many innovative new technologies and ideas are born every single day, far greater in number than there are investors to fund them. Therefore, in order for your idea or project to get the attention of the crowd, you need to analyze what makes a campaign successful. Here’s the good news: we have done much of the work for you! After extensive research, we compiled the top five secrets of crowdfunding success that can help you be successful with even your wildest crowdfunding projects. We found that successful campaigns follow the following strategies:

Secret #1: Connect with your  viewers on an emotional level and build credibility

Long story short, your biggest key to success is to connect with your readers. Make them interested! Remember that they’re essentially giving you money without the promise of any return–and they’re going to need to feel strongly about your campaign to want to give you that kind of money. Show how your product or idea has the potential to transform their world, and convey your passion. You’d be surprised how contagious passion and enthusiasm about a product is.

Keep in mind that all of your connections with your readers happen behind a screen; most of your backers have never met you and probably never will. That means you need to establish your legitimacy as well as possible solely through your campaign. You can do this by precisely showing all the work you’ve already put into your campaign, and showing that it has a future and a vision. People are much more likely to pitch in if they think it’ll be something to brag about in the future! If your team has any remarkable credentials that qualify them to be working on this project, mention those as well. Provide them with an exact breakdown of where your raised funds will go, so they know you aren’t just going to pocket it and run away. The best way to build credibility is to prove legitimacy, and to set yourself apart from something that’s an idea with no execution.

Secret #2: Use as many visuals as possible!

While this may not be a true “secret”, your visuals are possibly the most important part. This is because images and videos bring a real story and personality to your campaign. Whether you use photos, videos, charts, .gifs (very short video clips), or any other kinds of visuals, they connect with your viewers much better than any words can. In today’s digital day and age, solely using text in your campaign just won’t cut it; you have to maintain their attention using as many photos as possible! Photos are best utilized when they are integrated into the text description, so everything is coherent and interconnected. When viewers read about how your idea solves this common problem, they should be able to see a photo of it within the campaign. This helps them connect the dots and really understand the impact of your campaign. 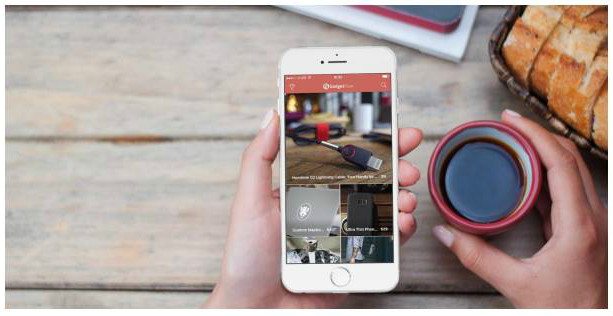 Videos are an especially powerful aspect of crowdfunding campaigns. In today’s on-demand age, people are far more inclined to watch a short video (2-3 minutes MAX), especially if it’s a good balance of entertaining, engaging, and informational. Videos help with understanding, but they also define the tone and ambiance of your campaign. This makes video content the most powerful tool that you can wield in capturing backers!

This has been proven time and time again: your campaign needs to show backers the originality of your idea, not tell it. The better you can make backers understand how your project applies to their lives, the more they’ll care.

Secret #3: Have varying reward levels that give the backer a sense of commitment towards the campaign

Many people only create a couple of reward levels at the standard $25, $50, or $100 level, but this could be a big mistake. You want your campaign to have an appropriate donation level for everyone from the broke college student who just wants to be involved to the Silicon Valley entrepreneurs who are minting money. Also, create rewards that your backer will be proud of; the more appealing your rewards are, the more likely they are to talk about your campaign and spread the word! Having rewards that allow the backer to be a permanent aspect of the campaign (engraving their name somewhere, putting their name on the future website) are extremely valuable, and engage backers.

It’s a good idea to have one or two levels of donation that are minimal, the kind that you could see being an impulsive decision. Then, you should have two more donations that are of value to the backer but not too expensive. Lastly, you should have one or two higher level donations (of a limited quantity) that can entice backers who are really enticed by your idea. Keep in mind that the most popular donation levels are $25, and the average donation is $125. So plan your reward levels accordingly!

Secret #4: Build a sustainable community by frequently updating and keeping in touch

The biggest asset that successful crowdfunding campaigns take away isn’t the money, surprisingly enough. It’s the community and the supporters they’ve secured during their campaign. Those are the people who will become your advocates when you’re a full-fledged business and they’re probably the ones who will help you get there, so value them!

Successful crowdfunders understand how crucial their original supporters are, and they can never express enough gratitude towards them. They understand that backers contributed because they care about the idea, and want to hear of its progress. So, backers are always the first to hear of any new developments, ideas, progress, or even just to receive lots of loe and gratitude. Updating backers and maintaining a personal relationship keeps your idea at the forefront of their mind, and ensures that you always have people on your side.

Successful campaigns don’t use crowdfunding campaigns as a venue to advertise, pitch, or beg for money. Readers aren’t looking for that–they’re looking to become part of ideas that will define the future. They want to fund the next Coolest or the next Pebble watch, not to hear about promotional items that are on sale. Therefore, though this might seem counterintuitive, most successful campaigns actually aren’t focused on asking for money. They prove that they care about the reader for more than just a few dollars: they want to build a community, to inspire passion for their idea, and to receive valuable feedback, and that’s what draws backers to them. 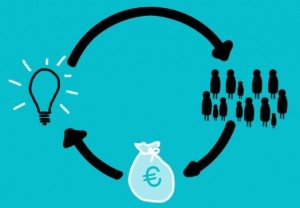 This concept is closely related to the tone of your campaign. You don’t want to sound like you’re pitching to a bunch of VC’s, but you also don’t want to beg for money or sound like a commercial. Good crowdfunders address their readers in a relatively casual tone like they’d talk to a friend, conveying their passion and building a relationship.

There you have it - 5 Secrets from the most successful campaign for you to reel in backers. Now get out there and make it happen! Happy Crowdfunding! 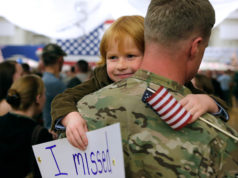